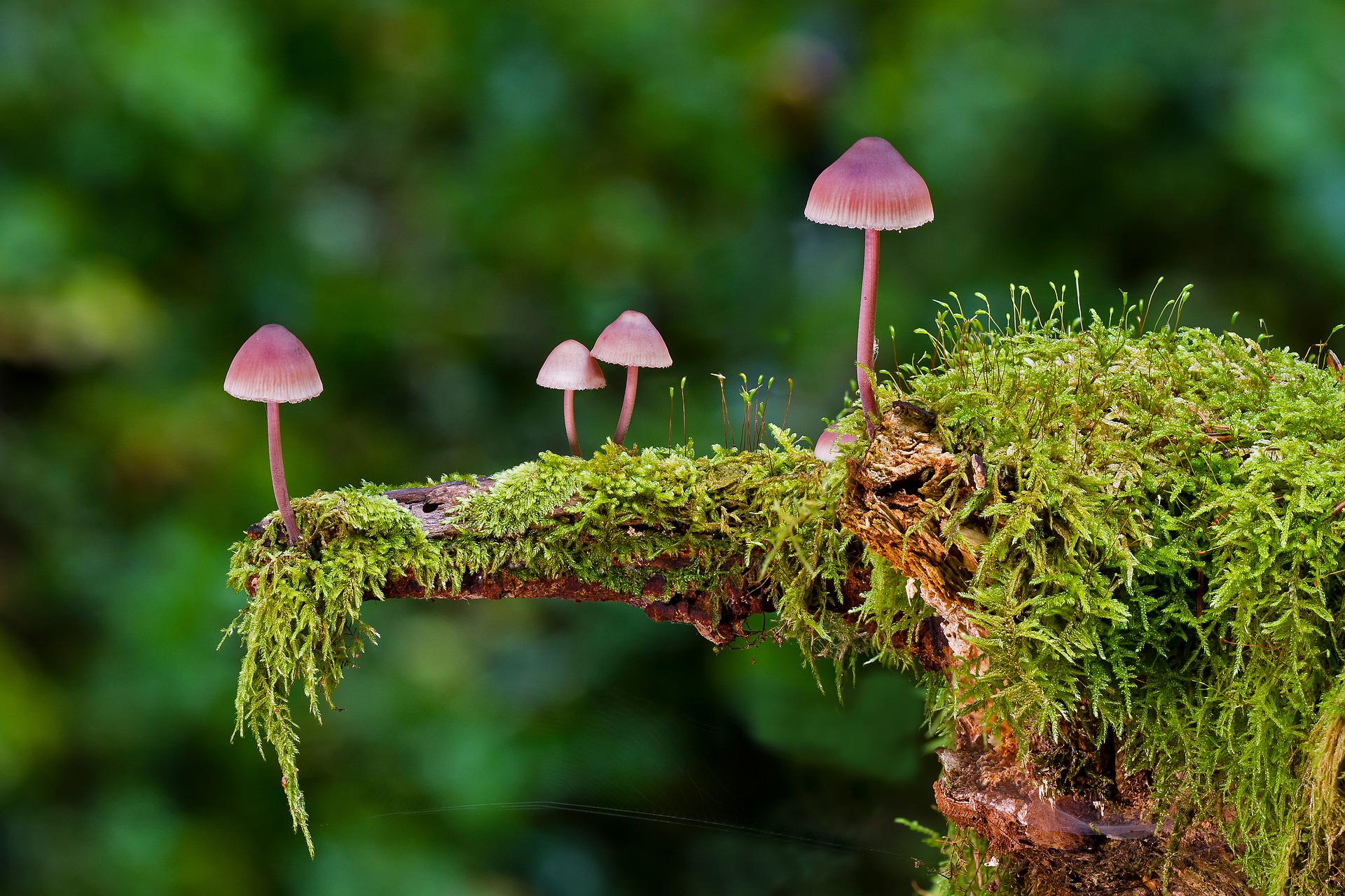 Do Mushrooms Really Use Language to Talk to Each Other? A Fungi Expert Investigates

Nearly all of Earth’s organisms communicate with each other in one way or another, from the nods and dances and squeaks and bellows of animals, through to the invisible chemical signals emitted by plant leaves and roots. But what about fungi? Are mushrooms as inanimate as they seem – or is something more exciting going on beneath the surface?

New research by computer scientist Andrew Adamatzky at the Unconventional Computing Laboratory of the University of the West of England, suggests this ancient kingdom has an electrical “language” all of its own – far more complicated than anyone previously thought. According to the study, fungi might even use “words” to form “sentences” to communicate with neighbours.

Almost all communication within and between multi-cellular animals involves highly specialised cells called nerves (or neurones). These transmit messages from one part of an organism to another via a connected network called a nervous system. The “language” of the nervous system comprises distinctive patterns of spikes of electrical potential (otherwise known as impulses), which help creatures detect and respond rapidly to what’s going on in their environment.

Despite lacking a nervous system, fungi seem to transmit information using electrical impulses across thread-like filaments called hyphae. The filaments form a thin web called a mycelium that links fungal colonies within the soil. These networks are remarkably similar to animal nervous systems. By measuring the frequency and intensity of the impulses, it may be possible to unpick and understand the languages used to communicate within and between organisms across the kingdoms of life.

He found that the impulses varied by amplitude, frequency and duration. By drawing mathematical comparisons between the patterns of these impulses with those more typically associated with human speech, Adamatzky suggests they form the basis of a fungal language comprising up to 50 words organised into sentences. The complexity of the languages used by the different species of fungi appeared to differ, with the split gill fungus (Schizophyllum commune) using the most complicated lexicon of those tested.

This raises the possibility that fungi have their own electrical language to share specific information about food and other resources nearby, or potential sources of danger and damage, between themselves or even with more distantly connected partners.

This isn’t the first evidence of fungal mycelia transmitting information.

Mycorrhizal fungi – near-invisible thread-like fungi that form intimate partnerships with plant roots – have extensive networks in the soil that connect neighbouring plants. Through these associations, plants usually gain access to nutrients and moisture supplied by the fungi from the tiniest of pores within the soil. This vastly expands the area that plants can draw sustenance from and boosts their tolerance of drought. In return, the plant transfers sugars and fatty acids to the fungi, meaning both benefit from the relationship.

Experiments using plants connected only by mycorrhizal fungi have shown that when one plant within the network is attacked by insects, the defence responses of neighbouring plants activate too. It seems that warning signals are transmitted via the fungal network.

Other research has shown that plants can transmit more than just information across these fungal threads. In some studies, it appears that plants, including trees, can transfer carbon-based compounds such as sugars to neighbours. These transfers of carbon from one plant to another via fungal mycelia could be particularly helpful in supporting seedlings as they establish. This is especially the case when those seedlings are shaded by other plants and so limited in their abilities to photosynthesise and fix carbon for themselves.

Exactly how these underground signals are transmitted remains a matter of some debate though. It is possible the fungal connections carry chemical signals from one plant to another within the hyphae themselves, in a similar way to how the electrical signals featured in the new research are transmitted. But it is also possible that signals become dissolved in a film of water held in place and moved across the network by surface tension. Alternatively, other microorganisms could be involved. Bacteria in and around fungal hyphae might change the composition of their communities or function in response to changing root or fungal chemistry and induce a response in neighbouring fungi and plants.

Although interpreting the electrical spiking in fungal mycelia as a language is appealing, there are alternative ways to look at the new findings.

The rhythm of electrical pulses bears some similarity to how nutrients flow along fungal hyphae, and so may reflect processes within fungal cells that are not directly related to communication. The rhythmic pulses of nutrients and electricity may reveal the patterns of fungal growth as the organism explores its surroundings for nutrients.

Of course, the possibility remains that the electrical signals do not represent communication in any form at all. Rather, charged hyphal tips passing the electrode could have generated the spikes in activity observed in the study.

More research is clearly needed before we can say with any certainty what the electrical impulses detected in this study mean. What we can take from the research is that electrical spikes are, potentially, a new mechanism for transmitting information across fungal mycelia, with important implications for our understanding of the role and significance of fungi in ecosystems.

These results could represent the first insights into fungal intelligence, even consciousness. That’s a very big “could”, but depending on the definitions involved, the possibility remains, though it would seem to exist on time scales, frequencies and magnitudes not easily perceived by humans.

Katie Field is a professor in Plant-Soil Processes at the University of Sheffield.

A Garden of Passion and Compassion: Miami Beach Botanical Garden
By Gayil Nalls

Junk Food Is Bad For Plants, Too
By Anne Biklé & David R. Montgomery

When Plants Go to War
By Mike Newland