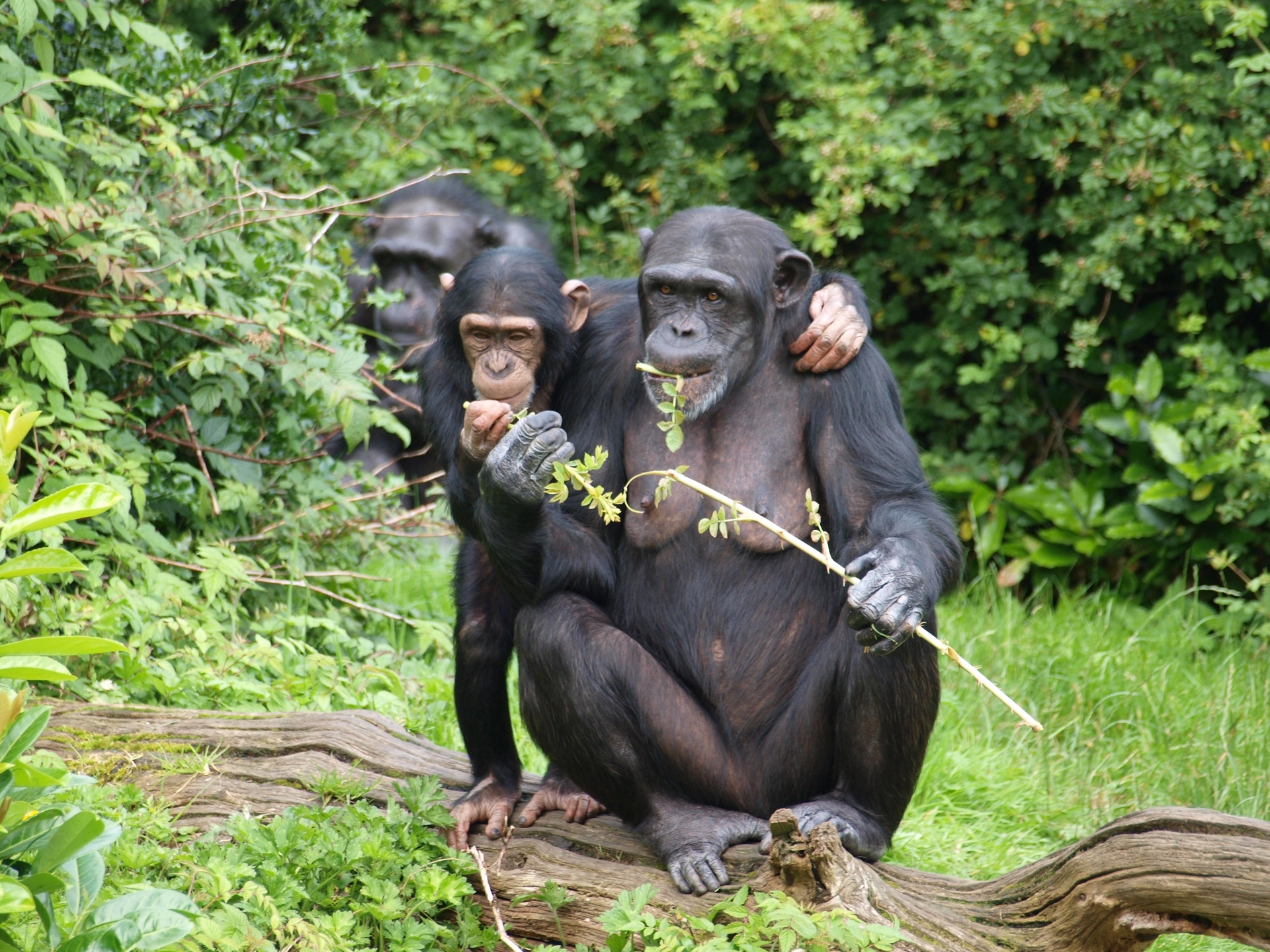 How other primates self-medicate – and what they could teach us

Despite our advances in technology and medicine, we seem to be fighting a never-ending battle against a number of diseases and ailments. As viruses become more complex and bacteria become resistant to antibiotics, it seems that the lab-made drugs we have become so dependent on may no longer provide the cures we need. Perhaps this is why we are now turning to nature in the hope that there may be a remedy tucked away somewhere in a remote tropical rain forest.

It could be that our closest living relatives, non-human primates, hold some of the answers we seek. Many species including chimpanzees make use of the natural resources in their habitats to self-medicate and improve their own health. This behavior, known as zoopharmacognosy, typically involves ingestion or topical application of plants, soils, insects or even psychoactive drugs in order to treat and prevent diseases.

One of the most well-known examples are domestic dogs and cats eating grass in order to induce vomiting if they have an upset stomach or internal parasite. However, most studies of animal self-medication are in non-human primates. One of the first documented cases was in 1983, when researchers observed chimpanzees in Tanzania folding and swallowing Aspilia spp leaves without chewing them. Other scientists noted the same behavior in chimp colonies in Uganda and Nigeria. This is quite unusual, not only because there is no nutritional benefit in swallowing these leaves whole, but also because the leaves themselves have a rough and bristly surface. So, what is the purpose of doing this?

It was only as recently as 1996 that scientists suggested it was a form of self-medication, as research began to link it with feces full of undigested leaves and expelled parasitic worms. It seemed the chimpanzees were swallowing the leaves to take advantage of their rough and bristly surface to hook onto the worms as they passed through their digestive system, purging their intestines of parasitic worms. The tamarin monkeys of South America, however, have found a different method to remove internal parasites. They are able to swallow large seeds of up to 1.5cm, which then pass through their digestive tract dislodging or expelling internal parasites.

Another odd behavior that is also thought of as a kind of self-medication is soil and clay consumption, which has been observed in a number of colobine monkeys. It was generally believed that soil is eaten as an additional source of minerals or to absorb and neutralize certain plant compounds, which might be toxic or interfere with digestion. Although there is no compelling evidence that soil consumption detoxifies chemicals, recent studies have found that some clays have antibacterial properties.

Charcoal consumption on the other hand is known to relieve indigestion and, more importantly, can be used as an antidote to detoxify poisons. This method of self-medication is still widely used among humans, but has only been reported in one species of primate, the Zanzibar red colobus monkey. The diet of these monkeys mainly consists of young leaves that are fairly toxic – and by ingesting charcoal they are able to neutralize the effects.

Anointing behavior, or fur-rubbing, is where animals rub strong smelling substances into their fur. There are a few explanations for the function of this behavior, including social signaling and sexual selection but it can also be a form of self-medication against skin parasites. Fur-rubbing has been recorded in a wide range of primate species. Black lemurs, for instance, use toxic millipedes to rub their fur whereas black-handed spider monkeys use aromatic leaves including those of celery, orangutans use Commelina herbs and owl monkeys plants and millipedes.

Can’t wait to find a good onion to rub on you. Adrian Soldati/Wikimedia, CC BY-SA

Tufted capuchin monkeys anoint with a surprisingly wide range of materials – including plants, aromatic leaves, onion, citrus fruits and invertebrates such as ants and millipedes. All of these items have some form of insect repelling properties. Monkeys typically apply them more frequently during the rainy season when there are more flying insects around.

The different forms of self-medicating by our cousins provide simple and natural solutions to combat parasites and other ailments. The research could also provide useful insights for the future of pharmacology. One of the founders of zoopharmacognosy, Eloy Rodriguez, a professor at Cornell University, has argued that some of the compounds animals use to kill parasitic worms may be useful against tumors.

This research holds the promise of endless possibilities and by looking at the specific items used by primates and other organisms for self-medication we can then identify whether their chemical compositions would be suitable for curing or aiding the treatment of human diseases and illnesses.

Who Picks Whom?
By Jake Eshelman