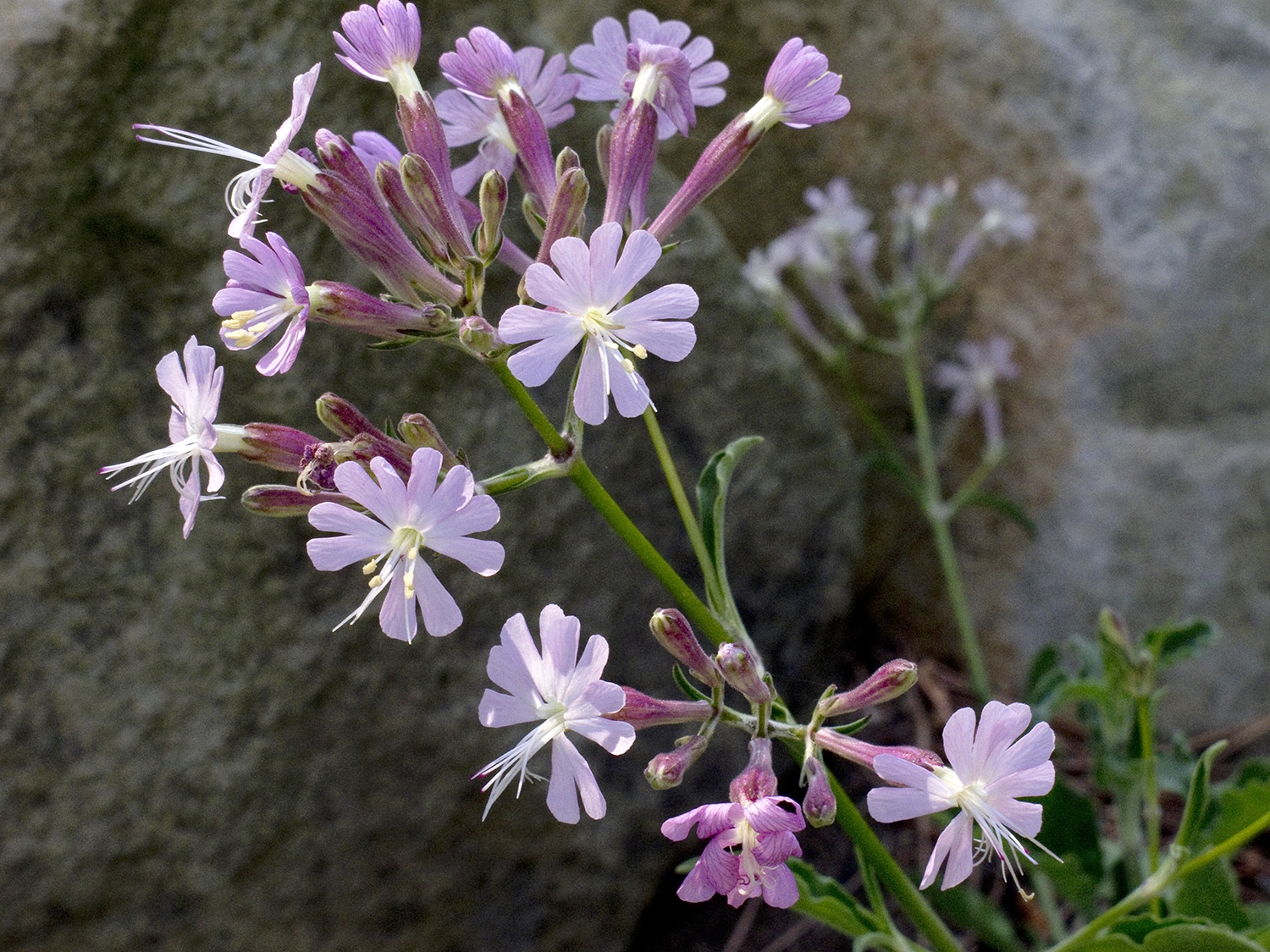 Around 1990, when the world scientific community suspected that the Silene tomentosa, a beautiful and rare perennial endemic to Gibraltar—and last seen in 1985—had become extinct, the Gibraltar Ornithological & Natural History Society (GONHS) thought the elusive flower was around somewhere, yet hiding in plain sight. However, after years of actively looking for it with no luck, in 1992 they reluctantly declared the plant to be possibly extinct. Two years later, there it was again, three plants growing in the Upper Rock Nature Reserve. This time the Gibraltar Botanic Gardens went into action.

In June 2021, Dr. Rhian Guillem, a Scientific Officer with the Gibraltar Botanic Gardens explained more about the Gibraltar Campion, Silene tomentosa and Michele Stagnetto, a Gibraltar artist with a degree in Biological Sciences from University of Essex, created botanical portrayal of the protected bilobed flower.

I know that seeds were propagated at the Millennium Seed Bank and a specimen was stored at the Kew Royal Botanic Gardens in the UK, but what were the step-by-step details of the conservation actions and challenges to prevent Silene tomentosa from extinction?

They were propagated at the Gibraltar Botanic Gardens, but seeds were also sent to Kew and other botanic gardens.  Many plants are grown every year as a matter of priority, with hundreds of seeds sown.  Thus, its survival in botanic gardens has been assured.  There have also been efforts to reintroduce the species in areas deemed favorable for it, using plants propagated at the Gibraltar Botanic Gardens, but although individual plants survive, it does not seem to set seed and spread in its native habitat (see below for more).  Reintroduction efforts continue, but for the moment, ex situ conservation is the only viable option. The Gibraltar Ornithological & Natural History Society published a Biodiversity Action Plan for Gibraltar in 2006 and this includes an action plan for this species.

What was the underlying cause of the near extinction of Silene tomentosa?

In short, we are not sure. The species became very rare even though its habitat has been well-conserved. S. tomentosa belongs to the mollissima-group of Silene species and this includes many species that are adapted to higher mountain habitats and conditions that are available on the Rock of Gibraltar, which although impressive as it juts out from the sea, is 426m at its tallest. It may therefore have been better suited to a different climate episode, perhaps when conditions were more similar to those that are currently found on taller mountains. But this is all pure speculation, and we simply do not know.

What threats to the flower continue?

We are unsure as to why the species has been in decline, but its habitats are well-conserved.  Threats are therefore difficult to understand, unless they are related to climate.

What are the threats to the flowers’ natural habitats?

The existing habitats are well conserved, in that they form part of the Gibraltar Nature Reserve.  The species grows mainly on cliffs and rocky slopes.  There are problems with invasive species in some such areas, but there is plenty of habitat available for the plant.  The issue is obviously not one of availability of habitats, or even of invasive species.  We simply do not know why this species has become so rare.

What animals and insects are the flowers’ pollinators and seed dispersers?

We do not know what the pollinators of Silene tomentosa are, but they must be nocturnal insects, because the flowers have no scent during daytime; they produce a scent during the evening.  Seeds are thought to be dispersed passively as the capsule withers, although we have seen harvester ants carrying off the seed capsules of other Silene species in Gibraltar.

How many plants are there now, where are they located, and what is the plants possible distribution range if it were to thrive?

The last wild individual of Silene tomentosa was seen in 2008.  Before then, it had last been seen in the wild in 1994.  However, many seeds were collected in 1994 and this has allowed the Gibraltar Botanic Gardens to propagate hundreds of plants, with many produced every year.  They are used in landscaping around the gardens and they grow well.  The species is also grown at the Royal Botanic Gardens Kew and in the Botanic Garden of San Fernando, Cadiz (Spain).  Even if the plant thrived, it would always be restricted to the Rock of Gibraltar, where it is endemic.

Mind the Gap Between Action and Impact
By Zachary Adams

What has Gibraltar done to prevent further extinctions of other species?

Gibraltar has very strong conservation legislation and about 40% of its land surface area is protected.  This includes the habitats that harbor all of the special species of the Rock, which are protected at the strictest level.

Why is Silene tomentosa important to the people of Gibraltar?

People in Gibraltar have a very strong sense of identity.  Many people therefore tend to identify strongly with species that are endemic or near-endemic, which are viewed as Gibraltarian.  In this way, species and biodiversity can become important to people’s identity. 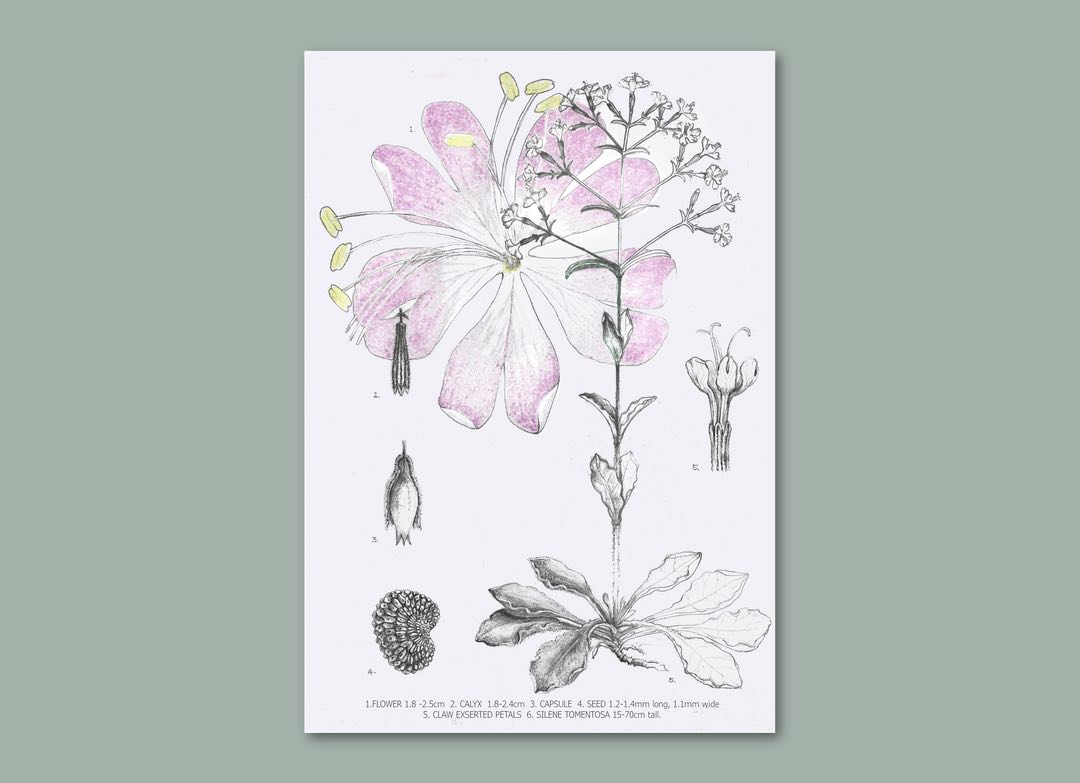 How did the citizens know about the near extinction and share in the conservation success?

In particular, the Gibraltar Ornithological & Natural History Society and the Gibraltar Botanic Gardens have made great efforts to educate the public on the plight of the species, and what was done to save it from extinction.  This work has been continued by the Department of the Environment of the Government of Gibraltar, which has expanded its size and capacity in recent years.  This in itself increases conservation efforts generally.

How important are the protected areas Gibraltar has created?

Gibraltar has protected about 40% of its entire land surface area.  The Gibraltar Nature Reserve includes representation of almost all habitats present in Gibraltar and it protects large swathes of the most important habitats on the Rock; the majority of them in fact.  Most of Gibraltar’s species inhabit these areas, including all of the most important, protected species of plants and animals.  The protected areas network created by Gibraltar is very important.

From Gibraltar’s experience, what is the most effective way to protect and conserve plants?

Engaging the public and persuading them of the value of local plants is key.  This goes hand in hand with strong conservation policy and legislation, including the designation of protected areas that harbor threatened species.

Silene tomentosa is still on the International Union for Conservation of Nature (IUCN) Red List as threatened. What can an individual Gibraltar citizen do to help the protect the plant and all the peninsula’s biodiversity?

How is the Silene tomentosa and Gibraltar an important story for the rest of the world?

All species contribute towards global biodiversity and species’ extinctions need to be halted. There are many species that are endemic to only small areas of the world.  Gibraltar holds a few such species and acts to conserve them.  It shows that even the smallest territories can respond to global issues in their own ways.