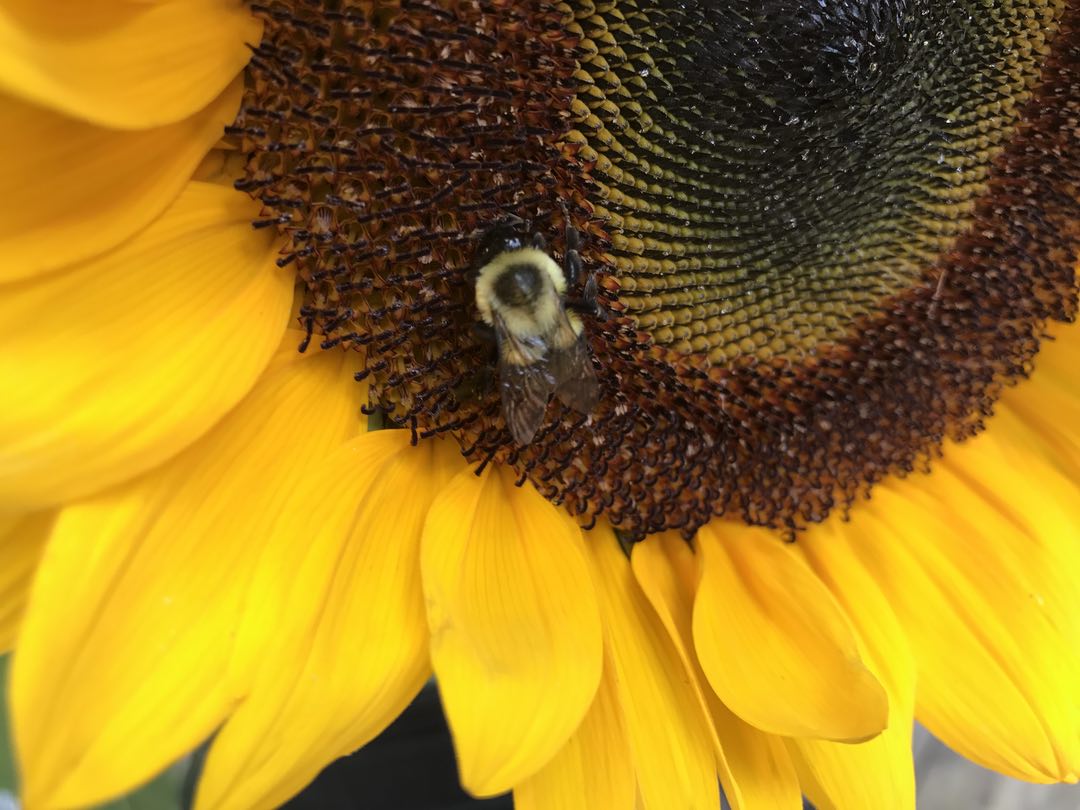 When you think about climate change, the first images, for me anyway, are uncomplicated—a sad polar bear floating on a piece of ice, a melting glacier, a severe storm, (with news crews grasping microphones as large objects whip by their heads).

The images are visceral and  important. They serve as warnings for human behavior that, unless changed, will lead to climate uncertainty and social disruption. But they are also illusory, they show pictures of the “other,” of animals and places that few of us have encountered, let alone experienced.  Often it is entertainment, the thrill of watching an accident in real-life, a way of experiencing our fears without doing real harm to ourselves.

A large majority of people, even in the United States, recognize climate change as real, but the percent who are actively changing their lifestyle, aggressively fighting to prevent climate change is much smaller. Why?

Pushing back is personal.  If we experience something firsthand it can affect our outlook, or psyche, in ways that cause us to fight back, to try and make a difference. But, sadly, for many of us, climate change is impersonal, something that is happening away from where I live, and while I may be concerned, I am not motivated to prevent it. Real, personal harm is not involved. Yet there is another aspect of climate change, a fundamental feature that affects you directly, whether you live near an ocean, or a polar bear.  It is a characteristic that is basic, and essential to your life, to your well-being.

And I doubt you have ever heard of it.

If you have read anything about climate change, then it is not news to you that carbon dioxide, CO2, is recognized as the primary global warming or greenhouse gas. The concentration of CO2 has already increased by about 30% since the 1960s and will increase another 50% by century’s end.  Adding billions of tons of it to the atmosphere each year results in a rapidly warming world and an uncertain climate.

But CO2 does something else as well, something directly.  It is a resource for plants—the more CO2, the more plants will grow.

And while that may seem, well, good, it’s more complicated. Because it turns out that plants growing faster doesn’t mean they are growing better.  There is mounting consensus that  rising CO2 will affect plant chemistry, and not always in a good way. Numerous scientists and nutritionists are showing that more CO2 will result in less protein, and a dilution of elements such as zinc and iron in plant tissues.

So what?  If polar bears are removed from peoples experience, are plants any better?  Would a city dweller (most of the world’s people live in cities), care what CO2 might be doing to plants?  It’s not like they are living on a farm or in a forest.

And yet, every city dweller must, by necessity, come into contact with plants on a daily basis.  What do we call these encounters?

Food comes from plants. They are necessary to human needs.  And if you mess with it, if you lower the quality, you will be affected no matter where you live.   Rising CO2 has consequences beyond climate change.

It is the nature, the breadth of those consequences that has been the subject of my research since the 1980s.  I and others have documented that recent increases in CO2 have lowered the protein concentration of rice, a global food consumed by 2 billion people each year.  And not just rice, protein is declining in wheat, which is the basis for more food products than any other cereal, from pie crusts to Pop-Tarts, from ramen noodles to rolls.  Potatoes, oats, barley are also showing a decline in protein.

There’s more. The decay in elemental concentration of micronutrients like zinc and iron as CO2 rises is also significant. Micronutrient deficiencies can associated with stunting, a condition associated with approximately 22 percent of children globally (~150 million); deficiencies can harm cognitive development, metabolism, obesity, diabetes, affecting health and human suffering across the globe.

There is another aspect to the rapid increase in CO2 that will also affect diets.  If nutritional qualities decline, sugars and starches appear to be increasing.  The juxtaposition of declining quality, with increasing carbs has been called “the junk-food effect” by Irakli Loladze, a mathematical biologist at the Bryan College of Health Sciences.  And a friend.

Needless to say, this role of rising CO2 is not only directed to plants, but for those animals that consume them.  Such animals, like cattle, are also part of the human diet and will, in turn, be affected. A seminal study by USDA researchers showed that future CO2 levels will degrade the protein content of forage grasses, with substantial consequences for the rate at which cattle gain weight during the primary growing season in North America.

Mind the Gap Between Action and Impact
By Zachary Adams 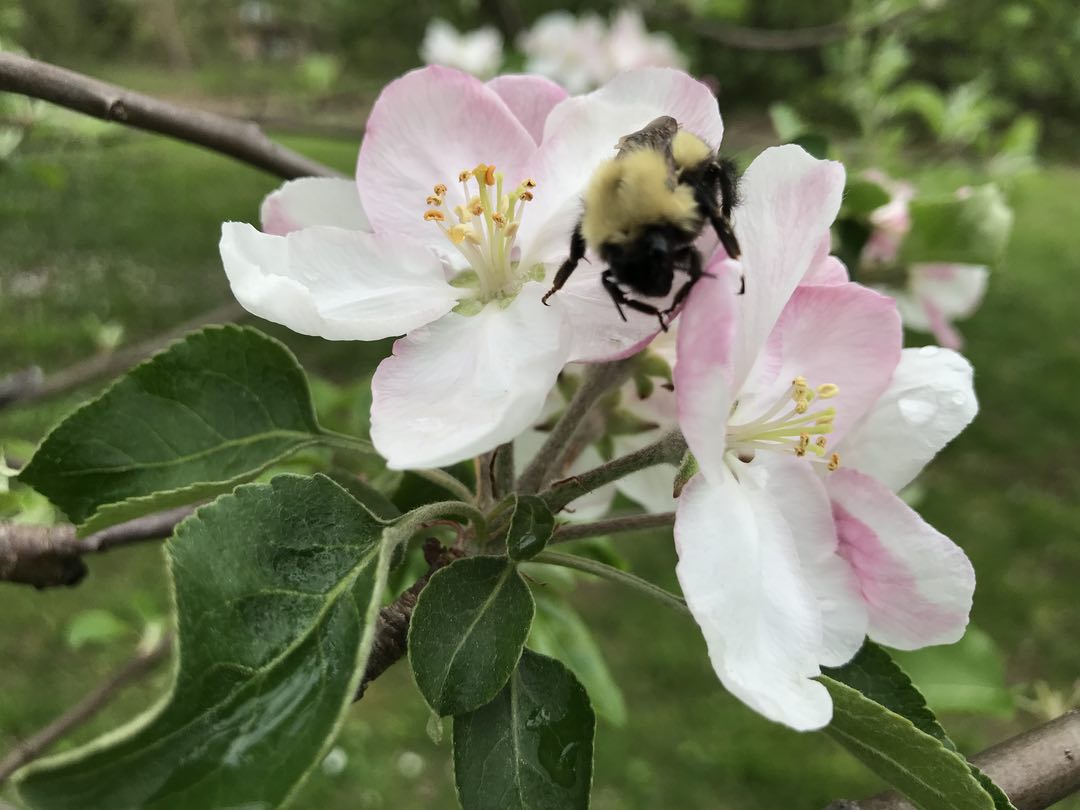 The role of CO2 on plant nutrition will also influence other agricultural activities.  One of the most important is pollination.  Pollinators, especially bees, are essential to global food production.  Roughly 30 percent of all the fruits and seeds we consume are made possible by pollinators.

So I led a team to test this.  We contacted the Smithsonian Museum—a great place to visit—but also a unique scientific resource, and we asked to look at their pressed samples of goldenrod.  Goldenrod being one of the last sources of pollen for bees and other pollinators before they overwinter.  We tested flowers from the 19th to the beginning of the 21st century for their pollen protein and found a correlation between the rise in CO2 over the beginnings of the industrial revolution and a decline in the protein content of the pollen.  We repeated this observation in the field, using a unique experimental set-up designed by Wayne Polley, a USDA scientist, to expose natural populations of goldenrod to different CO2 concentrations—with the same result.

The upshot was simple, not only can CO2 affect people food–it can reduce the nutritional quality of food for pollinators as well.  What will this mean for bees—already subject to environmental stress?  Hard to say, but as pollinators go, so goes human food.  Einstein supposedly said, “If the bee disappeared from the surface of the Earth, man would have no more than four years left to live.” The origin of the quote is murky, but I have no doubt that were he alive today, Einstein would agree.

Research related directly to what CO2 can do is, to say the least, not well funded, and often ignored relative to the sexy apocalyptic headlines generated by climate change.  But it is continuing. A recent analysis in Advanced Science News has indicated that carotenoids, essential for their anti-oxidant properties, and present in the colorful spectrum of fruits and vegetables that we eat are also declining in response to rising levels of CO2.  Work that I was fortunate enough to participate in, tested a wide range of different rice varieties in China and showed that rising CO2 can also lower the concentration of essential B vitamins in rice, something that could be of particular concern for countries like Bangladesh, where 70% of daily calories come from one primary food source—rice.  Other work I’ve been involved with has even shown that rising CO2 could increase the concentration of Arachis h1, the primary allergenic protein in peanut, at least for some varieties. What will CO2 mean for food allergies?

We ignore what we eat at our own risk. A study published in July 2020 by the American Journal of Clinical Nutrition highlights that diet related illnesses in the United States are increasing, with inadequate nutrition recognized as a leading cause, killing over half a million people every year.  Millions of people remain malnourished, especially among the poor. A situation that will get worse as atmospheric CO2 continues to rise.

It can, in fairness, be hard to relate to climate-driven crises involving polar bears, melting Antarctic glaciers, fires in Australia, or hurricanes in Puerto Rico.  Unless they are occurring to you, they are occurring to the “other” and, following, an initial feeling of concern, too easy to dismiss. A set-aside worry, not an actionable item.

Time to fight back.