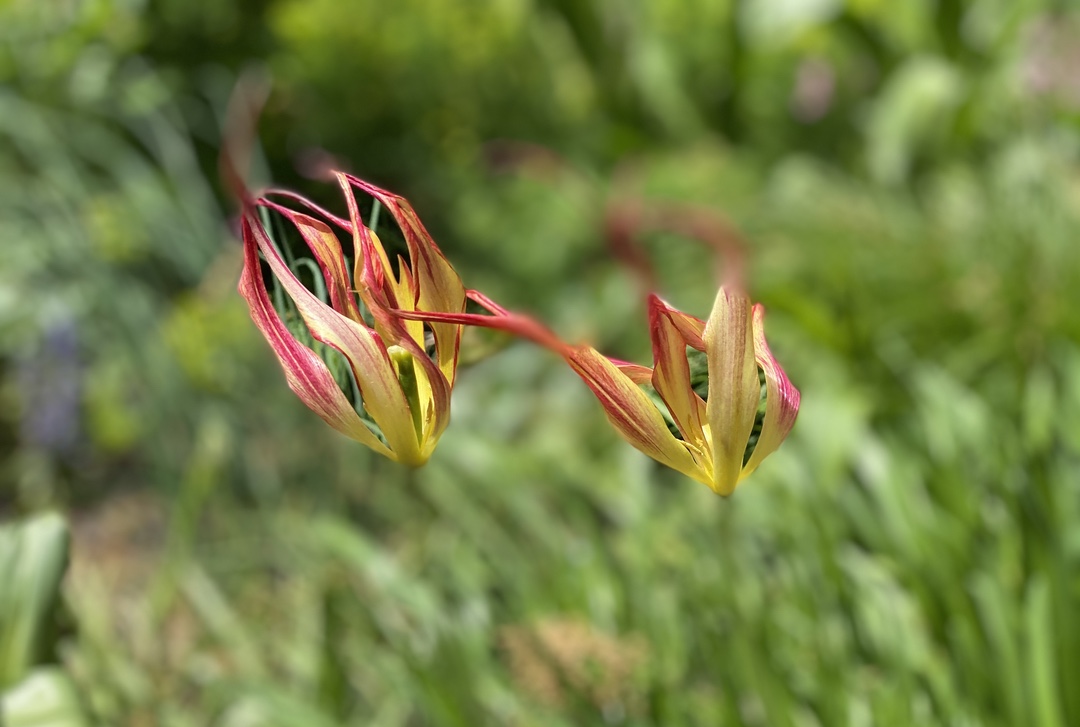 Some might balk at the idea that plants made of roots, stems and leaves could have intelligence or consciousness. But scientists have actually been hotly debated this idea for decades.

A recent paper sought to finally draw a line under this question by dismissing it completely. It argued that the key physical features found in conscious animals are missing in plants. All such species have an information processing network made up of nerve cells arranged into complex hierarchies that converge in the brain. Plants, on the other hand, do not have nerve cells at all, let alone a brain.

But what if assuming that all intelligence has to look like ours were to limit what we could discover about the way plants really work? Plants may have very different physical systems to us, yet they do respond to their environment and use a  sophisticated signaling network to coordinate the way all of the different parts of the plant work together. This even extends to other organisms that plants cooperate with, such as fungi. There’s even an argument that such a system could lead to a form of consciousness.

It has long been known that electrical signals which look quite similar to those that carry information in nerve cells are also observed in plants. So it might be possible that these replicate the functions of an animal’s nervous system.

Many of the interesting and complicated things our brain does are due to  interconnections between nerves and the chemical signals that carry information from one nerve cell to the next. Evidence that chemical and electrical signals work together in this way in plants is thin, but could a complex communications network be created in a different way?

Some types of electrical signal can travel throughout the plant following its transport system, and the shape of the entire plant and the transport system that connects it reflects a history of responses to its environment and attunement to it. Cells in plant transport systems have structural interconnections which could carry signals in an intricate and flexible way, while the signals themselves seem to have complexity, with different triggers stimulating different and distinctive electrical patterns.

So electrical signals in plants may have the potential to carry and process information. The problem is that, unfortunately, we know little about whether they actually do or what their function might be if so.

One impressive exception is the Venus flytrap. Each trap has a number of minute hairs inside it. Whenever they are touched, they generate an electrical impulse. Two pulses close together cause the trap to close, and three more to close further to crush and digest prey. Electrical signals also trigger the dramatic leaf dropping in Mimosa pudica and guide the bending of sticky “tentacles” to trap prey in the insectivorous plants known as sundews. Perhaps plants can use nerve type signals in an animal-like way when they need to, but are usually doing things that we find less obvious.

Indeed, by comparing plants with organisms with mental processes that look like our own, have we made it impossible to recognize a consciousness different to ours? The philosopher Ludwig Wittgenstein said: “If a lion could talk, we would not understand him.” How much stranger would a plant’s “thoughts” be?

Plants certainly respond to their environment in complex and nuanced ways, using information shared between cells in the same plant, and their neighbors. They can resound to sounds, and produce defensive chemicals when they “hear” caterpillars chewing. Sunflowers track the sun each day, but they also “remember” where it will rise each morning and turn to greet it during the night. Trees in a forest coordinate with one another, computing convoluted jigsaw like patterns in the canopy that optimize light gathering.

An important question is whether all of this could a result of simple pre-determined responses. Does this “behavior” require anything that might be like our intelligence?

Perhaps true intelligence requires a single command center to collate inputs and decide actions and an animal-type brain is the only way to create complex consciousness. Indeed, some definitions of consciousness assume a central identity aware of itself. Are such things possible without a brain? It has been suggested that shoot and root tips do this by pumping out chemical messages that direct the rest of the plant. But while this might work in a small seedling, a large tree has hundreds or even thousands of shoot and root tips.

We Crush, Poison, and Destroy Our Insects at Our Own Peril
By John Hainze

Why Do Flowers Smell?
By Richard Harkess

The Plan of the Grounds
By Gayil Nalls

Yet what if consciousness can spontaneously emerge from webs of interactions in complex systems? This is speculative but we have seen that plants can use intricate networks of signals to collect and relay information. Without a centralized brain, how strange and incomprehensible such a consciousness might be. Distributed across a federation of cooperating cells rather than controlled by a single general. “We” rather than “I”.

Ultimately, this may all be semantic. Authors Lynn Margulis and Dorion Sagan that: “In the simplest sense, consciousness is an awareness (has knowledge of) the outside world.” If so, it would be universal to all living things. What would differ would be the nature of experience, some simple and others rich and individual. Maybe that is all that we can say.

After all, we cannot “know” even what it feels like to be another human. But the experience of being a plant (or part of a federation of plant cells) would be unimaginably different to ours, and trying to find common terms to describe both is perhaps futile.

Stuart Thompson is a Senior Lecturer in Plant Biochemistry, University of Westminster, who focuses on mechanical behavior and plant physiology.

This article was originally published on The Conversation.