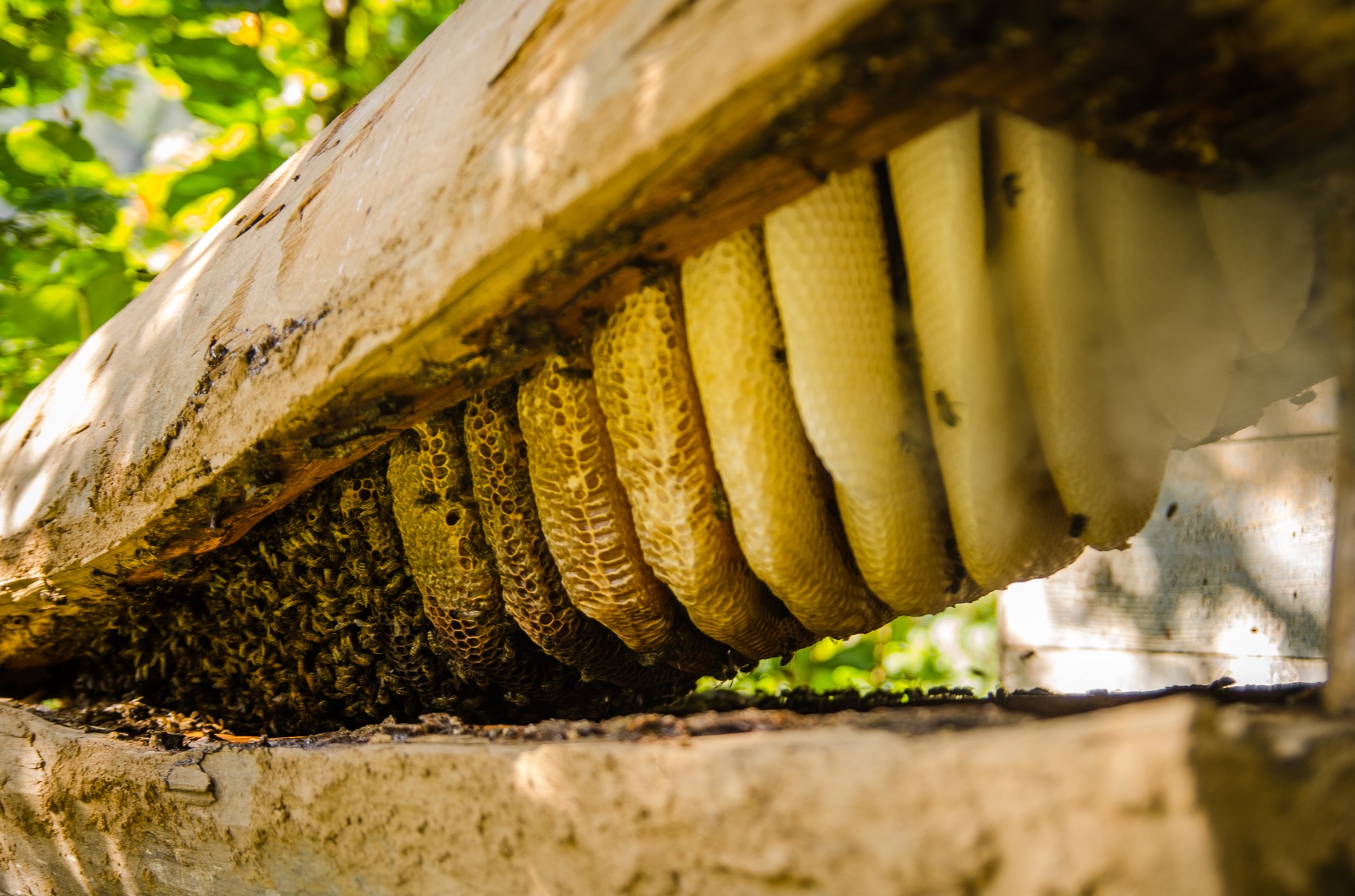 Jara hive. Producing honey in Jara hives has officially been granted an Intangible Cultural Heritage status by the National Agency for Cultural Heritage Preservation of Georgia, Courtesy of the Jara Beekeepers Association

The Many Secrets of Georgian Honey

Honey from Georgia, the post-Soviet land nestled within the Caucasus mountains, is unparalleled, possessing unique aromas and flavors which tell a story of the country that made it. It makes sense that Georgian honey tastes so elegantly crafted and refined; after all, the Georgians have had a lot of practice. The history of honey cultivation goes back at least 5,500 years in the country, the oldest recorded honey cultivation on record.

Until recently, however, Georgian honey could really only be found in Georgia and neighboring countries. Now, as the country develops and Georgian foods like khachapuri and khinkali can be found around the world, the land’s cherished honey is setting itself up to be the next culinary delight to make a splash on the international stage.

Getting to this point was not easy. The average Georgian who remembers the mass production of the Soviet period is still skeptical of the sweet treat, swearing that Georgian honey is not what it once was, that honey bought from markets has been artificially sweetened, or that the flavors listed on the jar won’t actually be present once the lid has been removed.

This fear—that Georgian honey had lost the tradition and care it once had—told local beekeepers that, if they wanted the world to experience the beauty of Georgian honey, they needed both to set standards for Georgian honey and, crucially, understand what made it so special in the first place.

Groups like the Georgian Beekeepers Union have been essential in doing this. Through their work, they’ve set standards for select honeys like the country’s famous Chestnut honey—a rare, bittersweet and intensely aromatic honey made by bees that harvest nectar of the flower of the chestnut tree; and others like the land’s Alpine honey, a polyfloral honey made by bees in the meadows of Georgia’s alpine zone.

While all these honeys are dear to Georgia, there is one honey that holds a firm grip on the hearts of the Georgian people—the 100% pure and wild harvested Jara honey.

No one knows exactly how Jara honey came to be, but Georgians will exercise their storytelling strength to tell you their theories. The story as it is commonly understood goes like this: in ancient Georgia, early people noticed that bees would frequently make their homes in certain trees. Once they discovered the delicious honey the bees produced within them, they started to try to artificially replicate the process, gathering wild bees and placing them in hollowed-out wooden logs high in the trees, where bears could not reach them. These hollowed logs became known as “Jara,” and thus, a beloved practice was born.

The honeys produced from the Jara were truly without compare; however, so was the difficulty of getting them. And so, over time, the practice fell out of favor, with beekeepers opting to use the more traditional hive methods found around the world today. Still, not wanting to lose this treasured honey, some dedicated beekeepers have been keeping the tradition alive over generations, making and harvesting the honey in the same way ancient people did centuries ago.

Jara honey remains special because, in a world with plenty of mass, mechanized production, the simplicity and beauty of the process of procuring Jara honey is reflected in its depth of flavor. Today, only ten dozen beekeepers cultivate this honey, using wild bees and zero artificial wax to produce the uncompromised result. Furthermore, the process is now monitored and regulated, ensuring that every jar of honey bearing the Jara name was produced in the same manner that originally brought the honey its acclaim.

The only barrier now is perception—and slowly, that too is changing. In 2019, Georgian honey made a big showing at the 46th Apimondia Congress, the most significant event in beekeeping worldwide. Local beekeepers have also been consistently improving their quality, documenting their successes through the Georgian Beekeepers Union site.

Now, even the Georgian public is coming around. While older Georgians may have lingering hesitation about their native treat, for young Georgians, honey is on trend. In the Georgian capital of Tbilisi, a chain called Zzip has opened—a cafe and bar that sells Georgian honey both in jars and in various products like vodka and beer. One can even buy honey water—water infused with shots of various varieties of Georgian honey.

The question of Georgian honey quality is settled; now, it’s only up to the world to discover it.