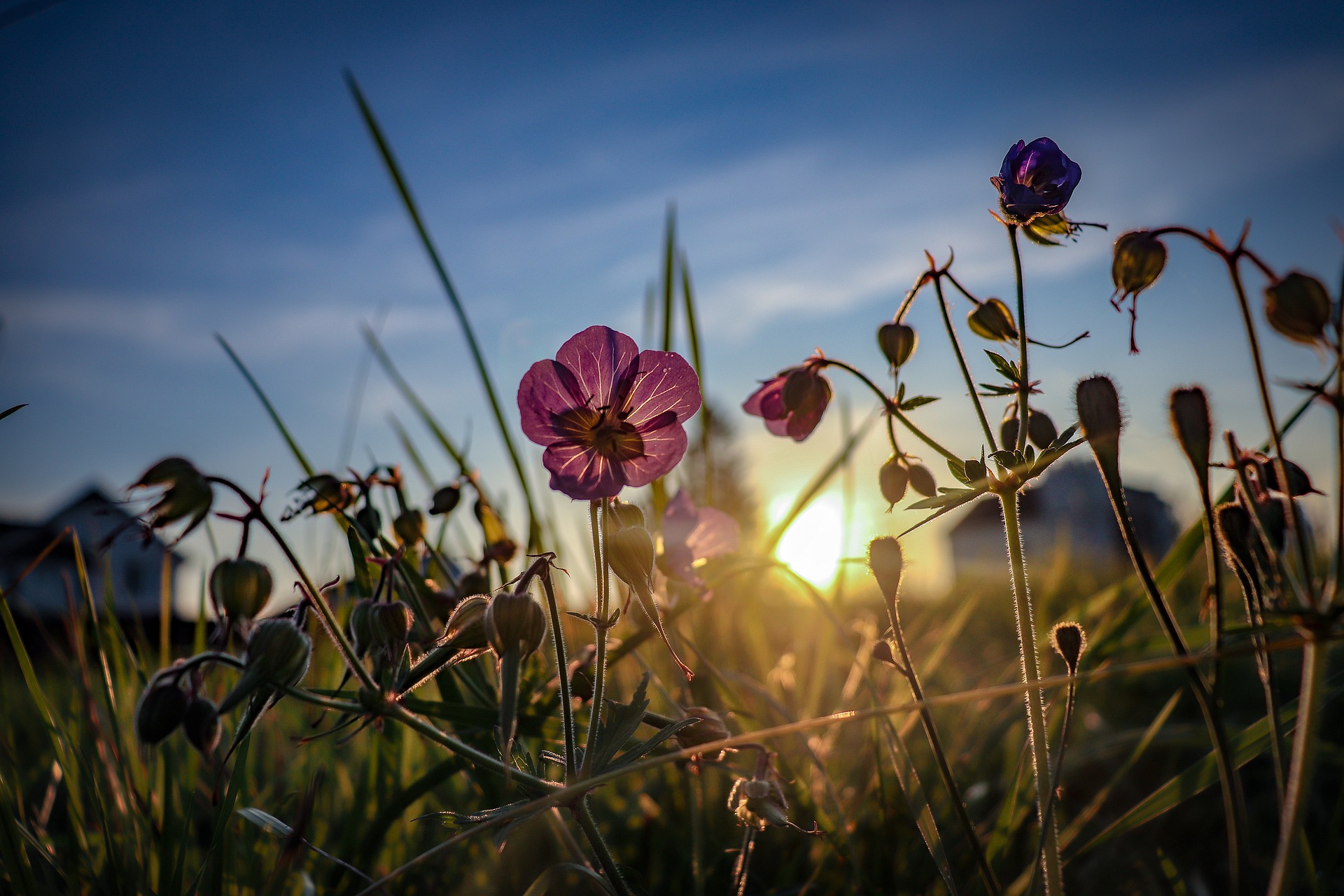 What the Meadow Teaches Us

Anyone who believes that life is a battlefield full of individual warriors should go out into the meadows on a spring night. There, you can learn that the biosphere does not spawn cutoff, clearly differentiated individuals who compete against one another—assuming you find such a meadow; that is, now that some farmers have started to sow a single, standardized species of grass.

In my little Italian village, the narrow streets climb into the hills where the meadows are still allowed to grow wild in the springtime. Within two or three weeks, the stalks swell into a multitude of meadow-grasses and blossoms as tall as my waist, fragrant and enveloping. I think then: It might have been this way once, when the plenitude of existence could spread everywhere and it seemed unavoidable that every corner of this biosphere would fill to the brim with life.

If you want to understand the extent to which your own existence results from the collective work of diverse organisms, you must go outside on nights such as this, when the moonlight on the diaphanous hillsides makes them seem almost translucent and fireflies tumble through the gloaming like tiny stars gone astray. Yes, it is still out there, even in Europe, if you go looking for it.

Such an experience of the harmony between a landscape and its lifeforms is probably not the result of objective analysis. But this is precisely the point: If you let the calyxes and grasses slide through your hands amid the firefly flurries, celebrating the coming summer, you don’t just perceive a multitude of other beings—the hundred or so species of plants and countless insects that make up the meadow’s ecosystem. You also experience yourself as a part of this scene. And this is probably the most powerful effect of experiences in the natural world. When you immerse yourself in the natural world, you wander a little through the landscape of your soul.

For a long time now, such experiences have been considered not very reliable, certainly unscientific, and, if valid at all, deeply steeped in that pleasant state of mind known to us from fairy tales, novels, and poems. The moonlit night, for sure. Eichendorff! Is this supposedly where “the sky had silently kissed the earth”? And yet, in the interplay of the meadow’s plants, insects, and microorganisms, and in the night wanderer’s experience of this interplay and of his partaking in it, those familiar with recent biological research cannot fail to see a clearly tangible example of the principles upon which the world of lifeforms is based.

It has taken a long time for biology and medicine to arrive at the idea that significant portions of an individual’s own body are foreign to it. Now, however, microbiology in particular is discovering that there is no reposing, solid core within us, but rather a lurking void around which life’s dance unfurls. In the human body, thousands of different players make the meaningful whole possible. We know that our body is colonized by microbes, particularly in the gut, which perform metabolic processes essential to our lives. Within our body, we carry our own, developed ecosystem, without which we could not break down and digest food. There is a reason that biologists call the “biofilm” of microorganisms that cover moist surfaces “bacterial lawns.” With hundreds of species entangled on them—consuming, eliminating, extracting, and synthesizing matter—these bacterial lawns, like the Ligurian pastures, have the characteristic of an undulating meadow in the spring, inside of us. No wonder we have a feeling of recollection on such evenings.

In this age of advanced gene technology, the true abyss of renunciation from which we speak “I” is only now becoming obvious to us. For only a few years, it has been clear that bacteria are completely dominant in a healthy human being: On top of our ten billion body cells, there are one hundred billion microbial cells that play a role in our metabolism. This enormously increases the options for our bodily processes: If we include the microbes’ genes, then we have over 100,000 genes at our disposal, as opposed to just over 20,000. This sort of bacterial aid leads, for example, to children in Papua New Guinea being born with nitrogen-fixing bacteria (like those found in some plants and algae) in their intestinal tissues. This allows them to subsist for years on a plant-based diet without suffering from symptoms of deficiency.

From this, the American microbiologist Bruce Birren concludes that “we’re not individuals, we’re colonies.” And these colonies develop sensitivities collectively: The type of bacterial ecosystem that lines the intestine will partly determine how successfully we absorb nutrients. Patients with a tendency toward obesity have particularly efficient bacteria. From a bite of cracker they are able to extract all of the nourishment that simply slides unabsorbed through the digestive tract of slender types. Even the balance of our neurotransmitters and hormones might not be controlled solely by our brains and bodies: “Could a person’s happiness depend on his or her bugs? It’s possible. Our existences are so incredibly intertwined,” muses Birren.

With these symbiotic microbes, our existence joins the ranks of a continuum shared by many other beings that exist outside our bodies. For bacteria are engaged in constant exchange with one another. During times of crisis, they share advantageous genes with one another like children sharing candies. This is why researchers nowadays are speaking less about the various types of bacteria in the world (as they are so transformative) and more about the diversity of their genes and the biological abilities they facilitate. Biologists are regularly stunned by this diversity: The US researcher Norman Pace investigated an ounce of silt from the hot springs of Yellowstone National Park in the 1990s and found more genetic diversity there than scientists had previously assumed to be present in the entire biosphere.

This diversity is not neatly divided between distinct species or types but is available to all microbes within the context of symbiotic processes of exchange. The late biologist and symbiosis researcher Lynn Margulis believed, for example, that this exchange relationship meant that we should actually speak about all the bacteria on Earth as though they composed a single biological subject—one body swarming with countless cells. Consequently, we who are dominated by a bacterial ecosystem ten times larger than our own body’s cells also belong to the great continuum of life. We are literally, physically, a part of the landscape. The moment we take sustenance from it, we enfold it and its inhabitants into our bodies.

For the philosopher and neuroscientist Francisco Varela, this pluralism and otherness at the center of the self was a lifelong puzzle—one that a good scientist did not simply push off the table, but rather one in which the principle of biological existence reveals itself. For him, a being is fathomless, a sort of spiral whose firm edges are delineated on different levels by various agents: The cells, the organs, the body. But in the middle of the vortex engendered by a life form in the material world, there is a void. At our center, which comprises nothing, like the hollowness in the middle of a whirlwind, we fall back into the world. Every being is so deeply rooted in others that it is never identical with itself in the final analysis—its essence comprises far more what it is not.

This same nothingness delights us when the meadows lie quiet and full below the night sky, when the small glowing insects fall into their shadows and fade like dying stars. The meadow is a part of our body, folded outward, ready to be strolled through. It is one of our sensory organs in which we feel something that we would not otherwise understand properly.

Feeling thus becomes the physics of the organic world. The night wanderer’s sense of belonging, of deep investment, is not a fallacy, but stands at the center of a realistic experience of what is actually meant by aliveness. Not theoretically, but practically, experienced from inside of a living being, which is what we are.

This adaptation was previously published in Nautilus.