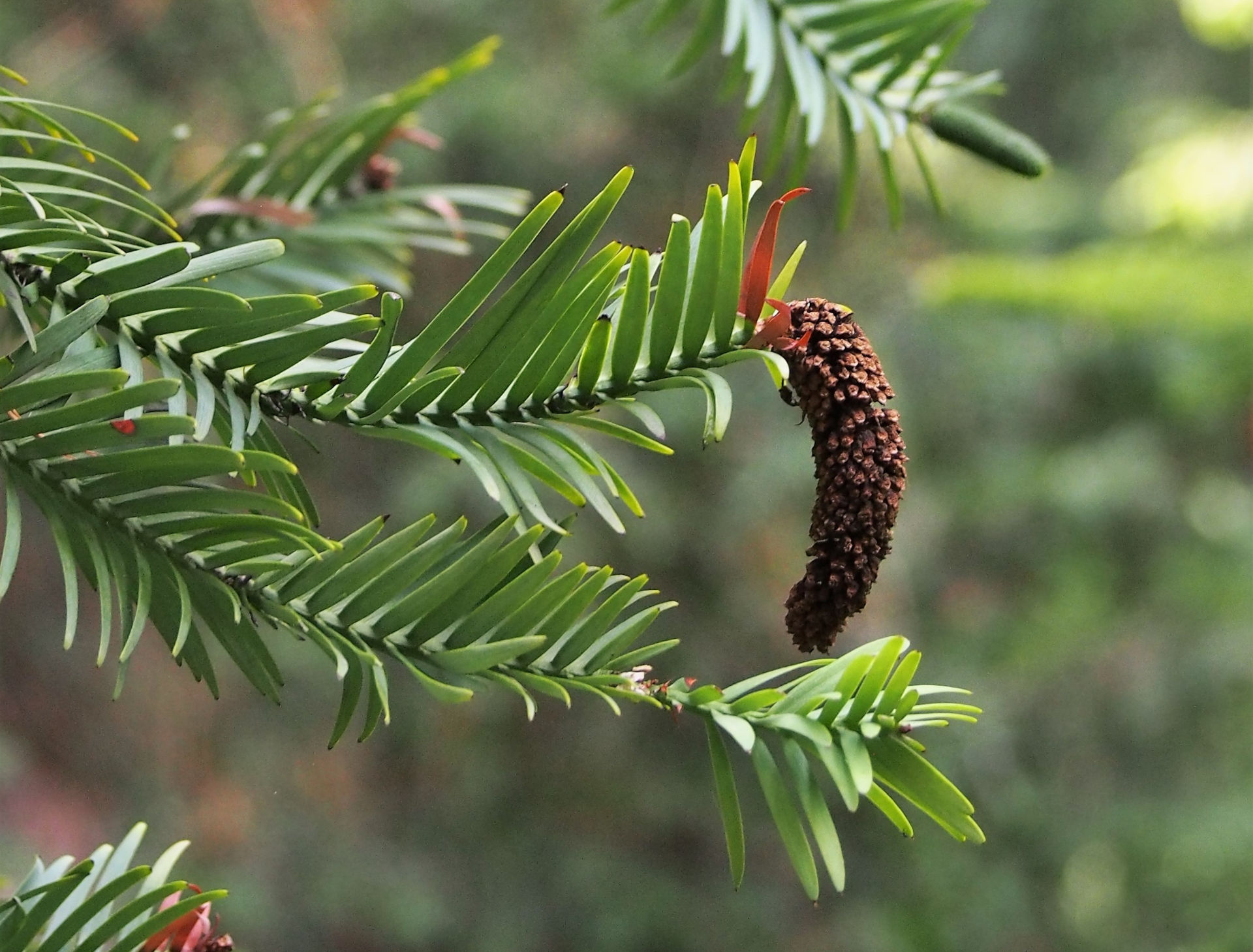 Wollemia nobilis has, in a sense, outlived the dinosaurs. Encountering it can be like seeing a dinosaur-era insect encased in ancient amber brought to life. Agnieszka Kwiecień, Nova CC BY-SA 4.0

When I read that more than a billion animals had lost their lives to bushfires still raging in Australia, I froze, staring at the incomprehensible figure on my screen. A sort of sinking feeling came. Scientists made the estimate from the numbers of animals that have died from previous land-clearing practices. It is dismaying to try to imagine all that those fires are consuming. They’ve scorched 72,000 square miles of land and over 2,600 homes, and killed just under 30 people. The animal death toll is in the trillions when you include the invertebrates. But it lifts me up to see that, with some recent rain, the situation in Victoria and New South Wales, the region in eastern Australia affected the worst, looks to be improving, however slightly. What’s more, an ancient and critically endangered species, rooted in New South Wales’ Wollemi National Park, survived the blaze.

The Sydney Morning Herald had the story as: “Incredible, secret firefighting mission saves ‘dinosaur’ trees.” The conifers, Wollemia nobilis, are uniquely wild in Australia and grow in a narrow and inaccessible gorge, the precise location of which is hidden from the public to ward off tourists and contaminants. The trees number less than 200. The effort to safeguard them from encroaching flames “was like a military-style operation,” Matt Kean, New South Wales’ Environment and Energy Minister, told the Herald. Aircraft dropped water bombs and fire retardant, and helicopters sent firefighting specialists down to irrigate the forest ground, moisturizing it to slow the fire’s spread. “We just had to do everything,” Kean said. Wollemia nobilis is like a “living dinosaur.”

Scientists have studied fossilized Wollemia dating as far back as 200 million years ago. This tree has, in a sense, outlived the dinosaurs. Encountering it can be like seeing a dinosaur-era insect encased in ancient amber brought to life. The tree’s resin (the precursor to amber) is useful to paleontologists for its chemical similarity to ancient amber (fruit flies, for instance, decay rapidly in pine resin but very slowly in Wollemia resin). Science News reported that the “living fossil” is one of the species researchers most worry might die off due to the bushfires. Having the “dinosaur” tree disappear from its natural habitat would be a blow to the amount of wonder in our world.

Calling the trees, as The New York Times did upon Wollemia’s discovery, “living fossils,” fails to appreciate them. They aren’t relics of the past, evolved for a distant time. They’ve continued to evolve, an example of adaptability; in short, they are amazing survivors. In a Nautilus article, “The Rise and Fall of the Living Fossil,” Ferris Jabr spoke to Alan Turner of Stony Brook University, an expert on fossil crocodylians and their ancestors. “I think the term ‘living fossil’ should be retired,” Turner said. “It does little good because it is almost always based on oversimplifications. ‘Living fossils’ often are judged based on some notion of overall morphological similarity. That was the case with crocs. If you squint, these various lineages all sort of look the same, but the details are all different. It ignores how evolution works on multiple levels. I wouldn’t miss it.”

Charles Darwin was playing around with the phrase in On the Origin of Species. He made clear that “living fossil” was his “fanciful” way of highlighting the more extraordinary or strange beings he encountered—ones like the lungfish and the platypus that look like they might genetically link species disparate in space and/or time. “Overall, I think the term hurts more than it helps people’s understanding of evolution,” Jamie Oaks, a phylogeneticist at Auburn University, told Jabr. “Just because a species looks similar to fossils from many millions of years ago certainly does not mean that it has not evolved. The term ‘living fossil’ is often used in cases that are simply explained by low diversity; just because there are only one or several species that represent a taxonomic group does not mean they are evolutionarily static.”

Darwin’s coinage was both “poetic and memorable,” Jabr wrote, and quickly found broad acceptance. “‘Living fossil’ was no longer a passing phrase; it had become a powerful concept shaping scientists’ attitudes toward modern species. If certain creatures were frozen in evolutionary time, the reasoning went, then they could be our windows to ancient epochs of life.” But nature doesn’t put evolution on pause. “It’s true that the living descendants of early animal lineages can teach us about their ancestors, but the idea that any species alive today has stopped evolving is simply false,” Jabr wrote. “In the last 10 years, scientists have liberated numerous species from this evolutionary straitjacket, including coelacanths, horseshoe crabs, cycads, lizard-like tuataras, and tadpole shrimp.”

When we look at a crocodile, a “primordial dragon,” Jabr wrote, “we should recognize one of evolution’s greatest survivors—a compatriot of the planet every bit as modern as we are.” The same goes for Australia’s conifer trees. With a little help from their human friends, they can continue to show us, as Jabr wrote, “There are no living fossils. Fossils cannot change; life must.”

Brian Gallagher is an assistant editor at Nautilus.

This article previously appeared in Nautilus.

How are the Bees
By Lois Parshley

The Fragrance of the Soul: Olfaction, Power, and Death in Ancient Egyptian Religion
By Nuri McBride