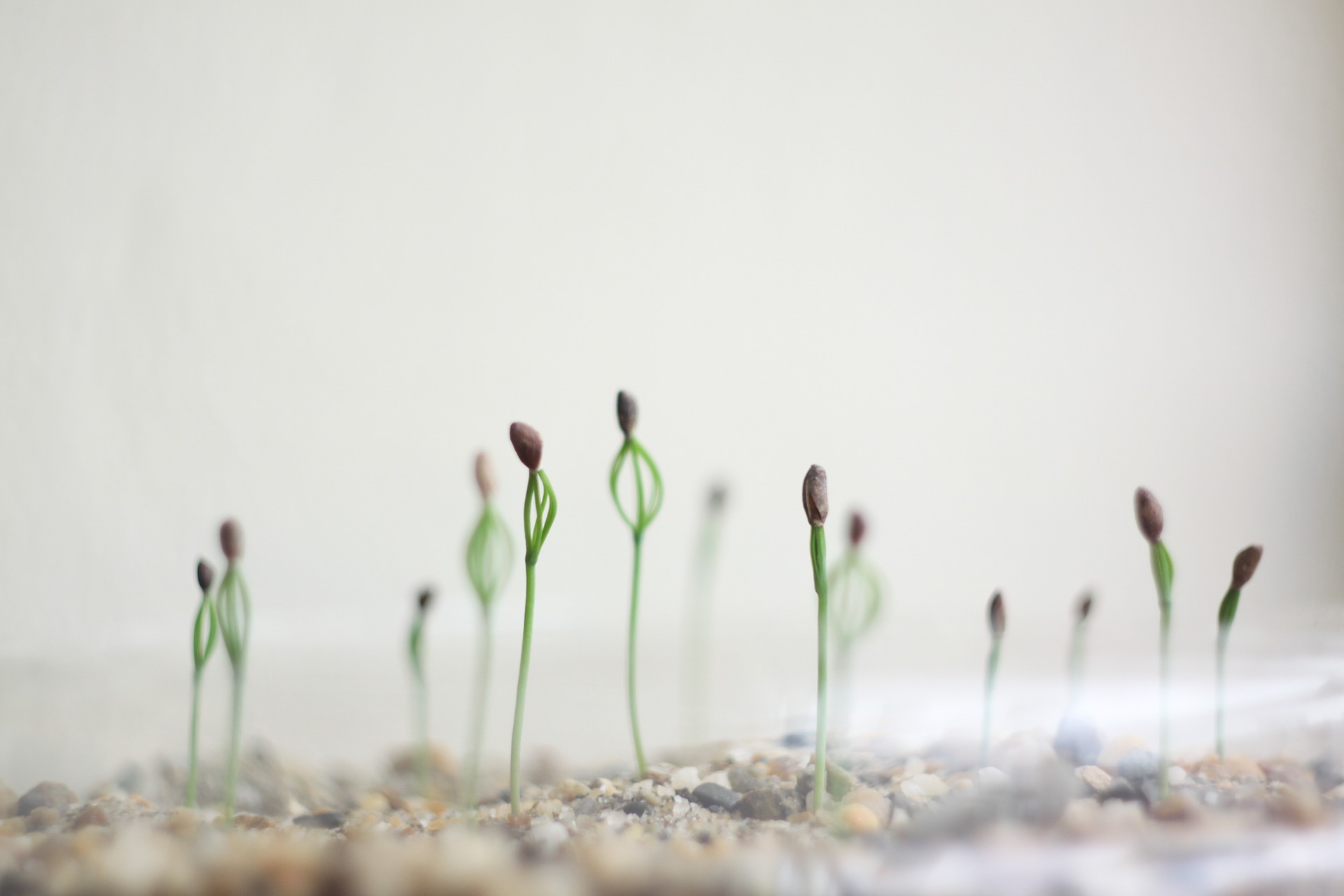 The Real Cost of Planting Trees

In Senegal’s Siné-Saloum and Casamance deltas, green seedlings poke through the water’s surface, standing on end like string beans reaching to the sky. There, in spindly clusters and lines, is the next generation of mangroves: six native species selected, seed collected from mature groves, then planted directly, or sometimes grown first in nurseries.

Some villagers say that without reforestation, they would have left their ancestor’s lands. Mangroves, reaching down into the salty water, provide habitat for fish and oysters that support local diets and livelihoods. They buffer inland communities from storms. But they also sequester more carbon than any other ecosystem; their potential for carbon sequestration may be up to 50 times greater than some tropical forests.

Since May 2020, villagers working with WeForest, an international NGO focusing on restoration, and the Senegalese NGO Océanium, have planted 10 million trees. They’re targeting 30 million more to counter losses from drought and degradation. Marie-Noelle Keijzer, CEO and Founder of WeForest, says the organization is striving to be the “Rolls-Royce” of restoration by implementing projects with strong local support across large geographies, offering high transparency and designing projects that ensure benefits for local livelihoods and biodiversity, while also helping combat climate change.

The plan is to certify the carbon through Verra, one of the world’s leading voluntary programs for CO2 removals certification, using rigorous standards for climate, community and biodiversity. The project will use innovative tools, such as eDNA, to track any changes in biodiversity over time; drones and carbon flux towers to monitor tree survival and carbon dioxide; and household surveys to determine outcomes, such as diet and income, for local people.

In practice, it’s a high bar to set for many groups that are ramping up planting initiatives. In the past year, organizations such as One Tree Planted and the Arbor Day Foundation have doubled or even tripled their number of trees planted around the globe. Marketing plans for $1-per-tree donations continue to attract individuals inspired by the chance to help. Corporate interest is also growing fast; Jeff Bezos, for example, recently gave $5 million to help produce, plant and protect native tree species.

The drive to reforest large swaths of the planet—a total area the size of India—also comes with risks such as displacing people, negatively impacting livelihoods with the loss of agricultural lands, and trading biodiversity for carbon gains with plantations. So, the added cost of designing projects and monitoring outcomes for more than just the number of trees and tons of carbon will be well worth it.

Xavier Hatchondo, climate science and policy director for WeForest, says adding monitoring for community and biodiversity outcomes is key, yet expensive: doing this additional certification can triple the monitoring costs; 10–20 percent of a project budget goes toward tracking over time to ensure expected benefits.

Yet even prior to the pandemic, the Global Commission on Adaptation had released a report highlighting the pressing need for adaptation. It called the natural environment “humanity’s first line of defense” to floods, droughts, heat waves, and hurricanes, and reported benefit-cost ratios from 2:1 to 10:1 for investments in improved resiliency, such as forest protection and restoration. Experts are now promoting such nature-based solutions as a clear economic winner for COVID-19 recovery; further investment could create jobs, sequester carbon, protect biodiversity, and benefit people in many other ways.

This New Year marked the launch of the U.N. Decade on Ecosystem Restoration, an urgent initiative to prevent, halt and reverse the degradation of ecosystems worldwide. With a diversity of stakeholders and organizations engaging, it adds further momentum to a movement already well-underway and supported by ambitious national commitments across the world. Keijzer says the challenge is, “how to go bigger and faster without compromising quality.”

—while not making financial cost prohibitive or delaying the much- needed action. Jeremy Manion, forestry carbon markets and natural climate solutions leader at the Arbor Day Foundation, notes that one of his concerns for the global movement moving forward is that “we design for perfection, not progress.”

On one end of the spectrum, in practice, are many top-down, government initiatives planting fast-growing species at a large scale. On the other are the relatively small, locally driven efforts where planting native species is part of a longer-term vision for sustainability that is also tailored to the specific context.

Tim Rayden, forest program advisor at the Wildlife Conservation Society and a colleague at Trillion Trees, says there has to be something in between—where more community-based efforts to restore with native species can use technology to reduce the costs of ‘traditional’ certification practices and also target multiple benefits.

The Society of Ecological Restoration (SER) offers such a continuum for ecological restoration from strictly focusing on reducing societal impacts to fully recovering native ecosystems. As one moves across the continuum, the ecological health, biodiversity, and quality and quantity of the services that the restored landscape provides for people increase.

Bethanie Walder, executive director of SER, says that “restoration is imperative in conjunction with conservation to move us from net degradation to—at the minimum—net neutral. But the planet is still unraveling at neutral. So, we must reach net ecological improvement.” If projects fail or have unintended negative consequences, she notes, people won’t think restoration works. Investments will wane. “And we must have restoration if humans are going to survive.”

Moving forward, various standards, such as those developed by SER and other organizations, could guide practitioners in repairing the world’s ecosystems without the same barrier to entry that some certifications may have.

Plan Vivo is another certification, born in the 1990s and involved in creating the world’s first carbon credits in 1997 through a planting project in Chiapas, Mexico. Some practitioners find its system to be more accessible and user-friendly, but then, not all organizations are aiming to enter the carbon market with their planting endeavors.

Mateo Cariño Fraisse, land use program manager at Preferred by Nature, says there are a number of certification programs that focus on generating carbon credits. “We didn’t see any standard that was actually meeting the objective of just checking implementation of restoration and providing assurance and accountability for the forest management techniques and outcomes.”

He and Richard Donovan, an independent senior forestry advisor, are developing new standards they want to function like a menu that can be tailored to the local context or the needs of financial supporters. They’ve been approached by various organizations that want to use the draft standards to check what they’re already doing and see what’s missing and critical to address.

“If you’ve had exposure to certification systems,” Donovan says, “you’ll know there the throwing-in-the-kitchen-sink types that want anything and everything to be in there. Then there are others saying, ‘Wait, what really matters in the context of implementing that project in that location?’ Then they filter for what’s critical, because covering the world just gets really costly.”

He sees their standards as an on-ramp for practitioners globally. Using them in design, implementation and monitoring could prepare organizations for certification if that happens in the future, and, in the meantime, ensure that restoration delivers a suite of social and ecological benefits.

The same could be true for the use of technology and the advances that will undoubtedly accompany the global movement in the years ahead. “There are a lot of NGOs working with technology experts to generate apps for monitoring,” says Julian Fox with the Forestry Division at FAO. “Every week, I hear about a new one.”

He is leading a task force on monitoring for the U.N. Decade on Ecosystem Restoration, a unit that brings together over 200 experts from around the world to the develop an approach for tracking progress during the decade. Eden Reforestation Projects, currently planting at 10–20 cents per tree, has one such approach for low-cost monitoring: for tree survival, local employees use their phones to take pictures over time; for social outcomes, they use an app to answer questions about health, food security, education and assets at the household level.

Fox says good monitoring should be made available at no cost; he hopes the task force will promote the development and adoption of free and open solutions. That will be easier for the biophysical than the social outcomes. “Maybe we won’t be able to pinpoint social wellbeing as accurately as tree cover loss and gain,” says Kathleen Buckingham, who is working on innovation in social data, at the World Resources Institute, “but it’s important to try, so we can start to understand relationships between restoration and human well-being.”

Internally, the restoration experts participating in the task force on “best practices” for the U.N. decade call it “good practices,” because there won’t be one how-to answer for the world. Some practices are sound and promising in one landscape and community but maybe not be replicable in another. Costs vary, as do the scope of intended outcomes, and plans for monitoring.

One dollar per tree can work in some locations. It falls short in many others, however, where co-blended financing between organizations and governments is essential and smaller projects are at a disadvantage due to economies of scale.The focus on number of trees planted also limits our collective vision of what restoration is: a more wholistic pursuit of repairing ecosystems and sustaining the people connected to them.

It is practiced locally but has global implications, too. Organizations that have a long history of work in specific landscapes and communities may be best suited to help define the right trees in the right places for the right reasons with local leadership. Trillion Trees, for example, takes that approach, carefully supporting restoration initiatives with strong community backing and also prioritizing forest protection.

Perhaps the most generalizable standard moving forward is that people should come first. Craig Beatty, Senior Program Officer in Forests Strategy & Research at World Wildlife Fund, asks: “Do you want to fund a tree-planting project? Or do you want to fund an initiative that will enable people to live sustainably in a landscape over time?”

If the latter is what we’re after (and it is for me), it’s going to take unprecedented collaboration between governments, organizations and local people. Achieving quality outcomes—both social and ecological— over time, will also come at a premium; investing in more than just the trees is our starting point.

Lauren E. Oakes is a conservation scientist with the Wildlife Conservation Society, an adjunct professor in the Department of Earth System Science at Stanford University, and the author of In Search of the Canary Tree (Basic Books, 2018); she works with Trillion Trees, a joint venture focused on improving forest
protection and restoration practices.

Embodying Heaven: Frankincense and Myrrh and Their Connection to Divinity
By Nuri McBride

A Voice for the Trees
By Mary Ellen Hannibal

The Hidden Warning of Fall Colors
By Brian Gallagher