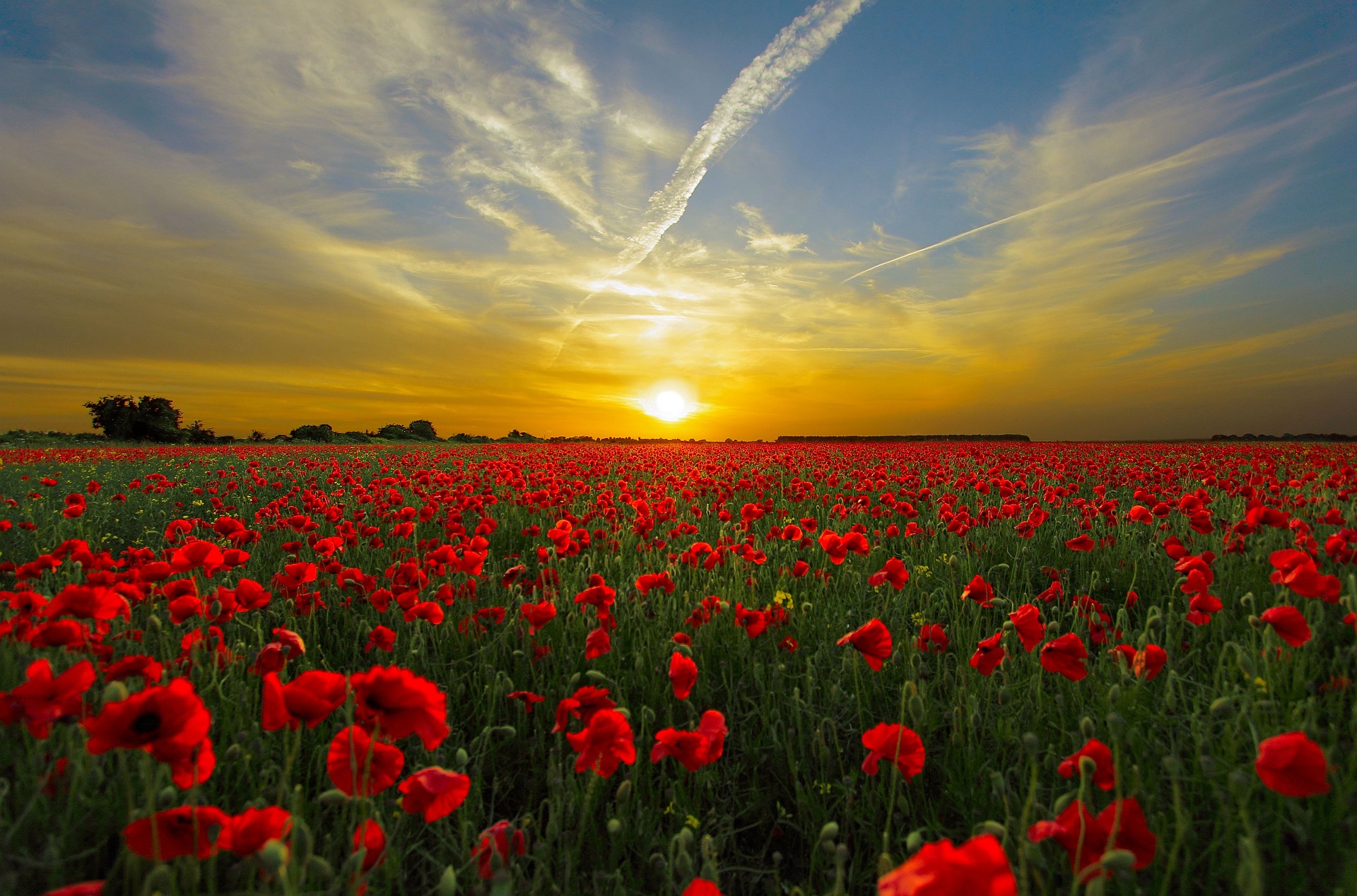 Plants are Important: The Part About Drugs

Chances are that not far from where you lay your head at night, there is a drug store, an apothecary, a gallipot where medicines are available. Headache? Muscle pull? Back issue? No worries. Pop in, pop out. Pop pill. Problem solved, or at least, eased.

We fool ourselves so often into thinking that our experiences are common to people all over the world. But many people, most of the world in fact, have never seen a modern drugstore. Ironically, for many urban areas, people also lack access. Turns out that if there are food deserts, where fresh produce isn’t always available, there are pharmaceutical deserts such as Chicago, where a million people don’t have access to a corner drugstore¹.

But if medicine does not come pre-packaged and sanitized, it still exists. Drugs are not produced in a magic room in the back of the Rite-Aid or Walgreens—rather, they arise from Nature, and as Nature consists primarily of plants—plants remain a primal source of new chemistry.

And this is by no means surprising. As humans, we are motion oriented, and plants remain static, an unchanging bland baize. But if we were tuned to our chemical senses, if they dominated our brain, plants would represent a moving kaleidoscope of riotous colors. For the simple reason that plants, with few exceptions (Venus flytrap, dogwood bunchberry), are incapable of rapid movement. So how do they escape predators? How do they communicate? Heck, how do they have sex?

And the equally simple answer? Through chemistry. From the leaves to the roots, to the flowers, plant chemical dynamics would make the CEO of DuPont (“Better living through Chemistry”) blush.

A simple, but self-motivated example. Caterpillars arrive and start eating your leaves. Not good. Can’t pull up your roots and run away. What to do?

Easy. First you send out a scent signal from your leaves for help. And now parasitic wasps arrive—lay their eggs in the caterpillars and kill the parasites. But wait, won’t that chemical signal also keep away pollinators? No worries, we will make more flowers to produce a different attractive smell. Problem solved. As described by Swiss researcher Florian Schiestl from the University of Zurich, plants can adjust a bouquet of scents to attract and repel the insect community in a very targeted manner².

And a bouquet can be a wonderful aspect of plant chemistry, a mental stimulant. But it is only the merest whiff of a plant’s chemical potential. Internally, leaves, stems, roots, flower, seed tissue can produce a wide and extraordinary arrangement of some of the most complex, most intricate means to beguile and dominate human physiology. Here are a few examples. Caffeine—a mild stimulant consumed by over 250 million Americans—every day—indeed, it is the world most consumed psycho-active substance³. Or perhaps another widely used stimulant, nicotine, with over 1 billion active smokers in the world⁴. Or aspirin, derived from salicylic acid, found in jasmine, beans, peas, clover and certain grasses and trees with 50 to 120 billion pills consumed each year. Or ethanol, derived from a wide array of plant sources, from corn to sugarcane, from sweet potatoes to barley—and when it isn’t being used to supplement gasoline, is being downed at the local bar on a Friday night in another multitude of sources, from vodka to ale. There are so many plant derived chemicals that modify our being: atropine, scopolamine, thebaine, taxol, digitalis, artemisinin, codeine, L-dopa, ephedrine, lapachol, quinine, cryptdolepine, vinblastine, cincristine, topotecan, irinotecan, etoposide. We use them for first aid, for recreation, for celebration, to harm, to help, to ease, to poison, to prevent poison, to slow disease, or to avoid it all together.

Want a cuppa? Or how about a pill? The “pill”—the most commonly used oral contraceptive, one that provides women with control of their reproductive choices.

It is 1943 when an eccentric American professor from Penn State arrives at a small company, Labortories Hormona, in Mexico City. The company, as the name suggests, specializes in human hormones, a difficult and expensive process—not easy to purify hormones from human organs. But the professor, Russell Marker, is both a botanist and chemist, and is interested in a class of plant products called sapogenins. His wanderings have led him to Mexico where he has harvested a local yam species, Dioscorea mexicana, a yam locals refer to as cabeza de negro. Back at State College, Marker has perfected a means to make progesterone from diosgenin obtained from cabeza de negro and arrives at Labortories Hormona (after failing to get any U.S. pharmaceutical company interest in his product!), with almost 10 pounds of progesterone, worth about 10 million dollars (in today’s prices).

Viola! A new pharmaceutical company, Syntex, is born, but arguments precipitate Markers leaving the firm. A few years later, Carl Djerassi, the chemist who is known as the ‘father of the pill’ is hired. Syntex rapidly became the leading supplier of sex hormones including progesterone, testosterone and various estrogens, all made from diosgenin⁵.

The pill is a modern use of plant chemistry, and progesterone et al., are now synthesized within the laboratory; few recognize its plant origins. But other plant sources have been used historically in human attempts to control reproduction; from the seeds of Queen Anne’s lace (wild carrot) (Hippocrates described their use over 2 millennia ago), to Pennyroyal, which the ancient Greeks used in teas to induce menstruation and abortion, to blue cohosh (papoose root), used for birth control by Native Americans (still used by some midwives today in the last month of pregnancy to tone the uterus prior to labor.)⁶

But after visiting a drug store, one can be forgiven after viewing the clean shelves, rows of perfectly square boxes, fluorescent lighting, and cardboard cutouts to miss any association with Nature; to wonder if plants have anything to do with human medicine. Perhaps this is the appeal of other “Supplement” stores, where plants (St. John’s Wort, for depression), at least grace the outside of the box.

Pain. George Orwell wrote in 1984 that in the face of pain, there are no heroes. Chronic pain is unforgivable, incessant, jagged, sharp. And we seek relief. Chemical relief. And plants, once again, fill the void. Specifically, poppy, Papaver somniferum, one of about 120 species of Papaver, only two of which, P. somniferum and P. setigerum, produce a unique class of chemicals called opioids.

And they are farmed—extensively– by large pharmaceutical companies like GlaxoSmithKline. Poppy is sown and grown in fields ranging from India to Turkey to Australia (Tasmania). Morphine, codeine and papaverine are derived unchanged from the plant as has been done for millennia. (The ancient Sumerians, tending plants along the Tigris and Euphrates rivers referred to the Poppy as “the plant of joy”—for good reason).

The role of morphine in easing pain is undisputed. Vital. Critical. Its use in cancer wards, its administration on the battlefield, indispensable. (When the allies cut off Nazi Germany from morphine, Nazi scientist derived the first synthetic version of morphine– known today as methadone)⁷.

But as plants are the apex of chemical production, they do not distinguish between “good” and “bad” when it comes to human society. If they reward, they also punish. Plants insist on some of the most toxic substances—as a necessary means to keep animals, including humans, at bay.

How toxic? Well, ricin is an analogue of cyanide, produced by castor bean plants. In purified form, a few grains can kill you. Just ask Georgi Markov, a Bulgarian dissident killed in September of 1978, via ricin, imaginatively placed via umbrella into the back of his right leg.⁸ Or rosary pea, a shiny seed used to make beads and jewelry—nontoxic if unbroken—but if scratched or chewed releases a similar chemical to ricin, call abrin, and can be equally lethal. A mere 3 micrograms (0.00011 ounces), can kill a person.⁹

Other plant poisons are historically more familiar such as hemlock. Sentenced by local authorities to die it because of introducing strange Gods and corrupting Athenian youth, Socrates consumes a tea made of hemlock; it contains coniine, a poison similar in structure to nicotine, but one that disrupts the central nervous system.

And the wide array of plant chemistry, its venomous collection, has been brought to the fore through human intervention—in so many ways. Perhaps one of the most fascinating relates back to the original use of plants to relieve pain. Salicylic acid was a global pain-reliever used historically by everyone from Native Americans to ancient Sumerians. In the late 19th century, a chemist, Felix Hoffman, working for Bayer, the German pharmacological company, knows about salicylic acid, but also its side effects, including nausea. He decides to acetylate it, using a pH modifier (e.g. vinegar), simply removing one hydrogen and replacing it with an acetyl group.¹⁰ And acetyl salicylic acid, or aspirin, is born. How important is aspirin? Aspirin is considered by global authorities such as the World Health Organization to be a vital part of any health system—an essential drug.¹¹ “Aspirin” is still Bayer’s registered trademark in more than 80 countries. It has and will continue to be a money-spinner for the Bayer Corporation, for a long time to come.

Humans can amplify plant chemistry to a new high, or new low. And thousands of additional humans suffer and die. Plant addiction, from heroin, to cocaine, to nicotine is prevalent; but no plant addiction surpasses that of ethanol. Derived, again, from plants, from potatoes to vodka, from barley to beer, from grains to whiskey, from grapes to wine. And an estimated 88,000 people die from alcohol related causes every year—making alcohol the third leading preventable cause of death in the United States (By the way, the first? Tobacco).¹²

So it goes; our current fashion plant of interest is hemp. Hemp, aka cannabis, and its three major species, sativa, indica and ruderalis, have intertwined themselves in all aspects of human existence for millennia, and why not? Hemp is used for rope, paper, canvas, protein powder, oil based paint, solvents, insulations, soaps, shampoos, and more. Heck, George Washington was a hemp grower.

And the latest use, is cannabidiol, or CBD. There have been reports that it may help treat pain, insomnia, anxiety; it may even reduce acne, or help treat heart disease¹³. Whether CBD, in fact, does any or all of that is still open for debate, for additional testing, but, for the moment, there is no shortage of stores and stories touting therapies. Another side of the hemp coin is, of course, tetrahydrocannabinol, or THC, a psychoactive substance that can benefit cancer sufferers and may increase appetites in HIV patients. It does not kill you, but like alcohol and nicotine, can impair judgement and can lead to death.

Ultimately, plants are chemical Merlin’s, capable of deriving the most complex, the most sophisticated of substances—those that can cure, can heal, can relieve pain, can even regulate the human reproductive cycle. Yet plants can also produce compounds that can devastate the human psyche, that produce cravings and desires that, literally, can drive us insane, the result is death and suffering beyond imagining.

While leaving us begging for more.

Lewis H. Ziska, PhD is an Associate Professor at Mailman School of Public Health, Columbia University and is on WS/C’s Board of Advisors.

This article is excerpted from Lew’s new book, Greenhouse Planet: How Rising CO2 Changes Plants and Life as We Know It. WS/C community members who purchase the book directly through the Columbia University Press site can receive a 20% discount by using the promo code CUP20